Every fast-growing small town wants a landmark building...some type of central and highly visible structure that defines its regional position, prosperity and hopes for the future. In 2004, the town of Port Hawkesbury had reached that “coming of age”.

A number of heavy industry firms had moved into the area over the last decade. The population growth and prosperity that came with these investments rendered the town’s administrative and recreational facilities inadequate. Town council commissioned Ojolick Associates to design a new civic centre that would address these shortcomings, bring citizens together and instill a sense of community pride. The centerpiece of the new structure was to be an arena suitable for hosting trade shows and community events, as well as the ice hockey tournaments that are so popular in the region.

Designers of sports facilities constantly struggle with the desire to bring daylight into the structure. The problem is that glare invariably interferes with the athletic activities. Ice surfaces and HVAC systems are also severely challenged by the solar heating effect of direct sunlight. Indoor skating rinks, gymnasia, arenas and stadiums often end up as dark, cavernous structures that disconnect athletes and patrons from the world outside. The use of expensive artificial lighting soaks up facility operating budgets, even on the sunniest of days.

Robert Ojolick, principal of Ojolick Associates, had recently been introduced to Solera, a glass-based translucent glazing product. Impressed by the product’s unique combination of characteristics, he had been seeking an appropriate opportunity to use it on a project.

“We wanted to achieve a daylight environment in an arena setting,” says Ojolick, “Especially when the facility is to be used for conventions, trade fairs or similar venues.”

Given the project’s strong sustainability criterion, Ojolick sensed that this was the perfect opportunity to use Solera and, in the process, challenge the conventional thinking about daylight and arenas. He asked Advanced Glazings for their assistance in modeling the impact Solera could have on the project.

Staff at Advanced Glazings took Ojolick’s drawing files of the project and ran a computer simulation of the interior lighting conditions, first with vision glass and then with Solera. The Radiance® software simulation clearly showed the superior performance of Solera, diffusing light evenly throughout the structure, across the entire course of the day. This contrasted starkly with the vision glass simulation, which demonstrated the traditional strong glare and shadow patterns. Ojolick was then convinced he was on the right track.

“The quality of natural light which diffused throughout the space was spectacular!” enthuses Ojolick, “From the time the Solera units were installed at mid-winter close-in of the building until the opening of the facility, lighting levels exceeded our expectations.”

The clerestory of the arena is framed in standard curtainwall and Solera T is designed to fit neatly into any curtainwall application. Positive comments were received throughout the construction phase on Solera’s ease of installation. The construction team was also highly pleased by the excellent daylighting Solera provided for crews working on the interior of the arena, once the building envelope was completed.

“Construction crews were able to complete the installation of all interior finishes under natural daylight conditions,” notes Ojolick, “While using artificial lighting after sunset hours.”

The Port Hawkesbury Civic Centre officially opened in January 2005. Ojolick observes that town officials are delighted with their new facility.

“Everyone continues to remark on how impressive the facility is with so much daylight, even on cloudy days. Most events in the arena are scheduled without needing overhead lights during daylight hours. The cost savings for lighting alone will be substantial.”

Those who know and understand daylighting with a rational and scientific mind, know that well-daylighted buildings produce a host of positive psychological and physical benefits for the people who use them. Those who don’t have that knowledge simply feel wonderful when they walk into a structure that is awash in soft daylight.

Port Hawkesbury not only has a facility of note within the region...they may also be the proud owners of the first completely daylighted enclosed arena in North America. 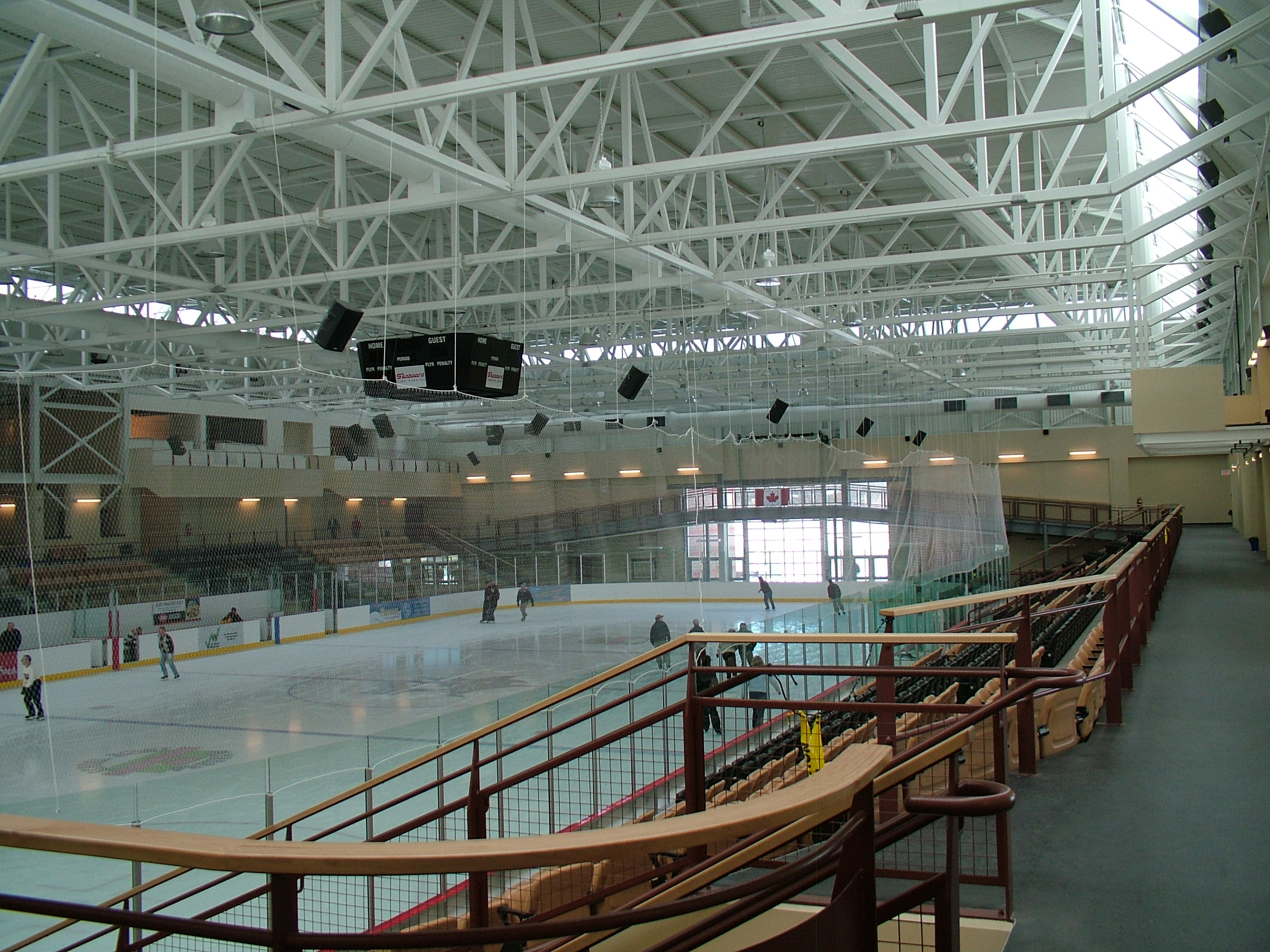 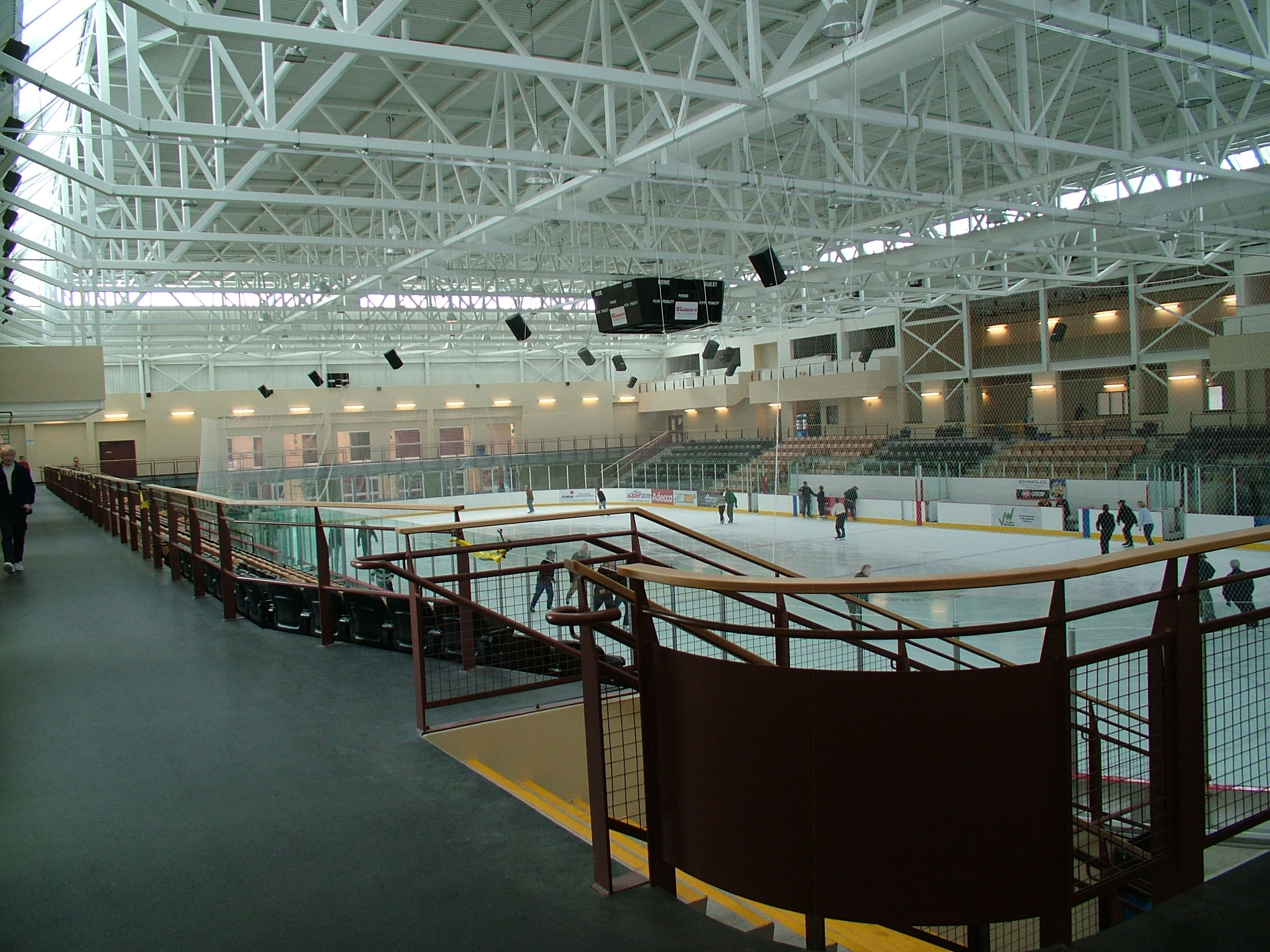 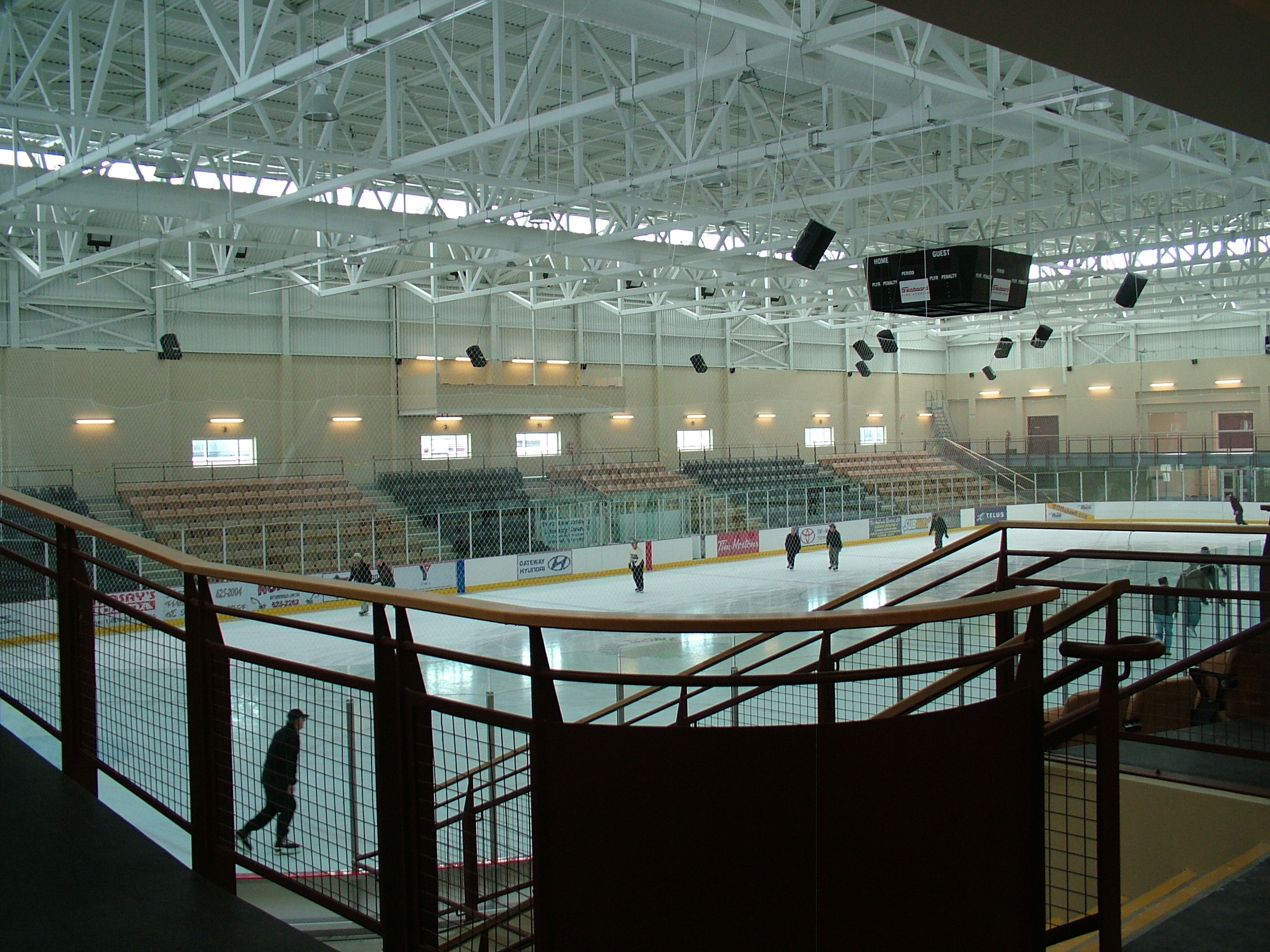 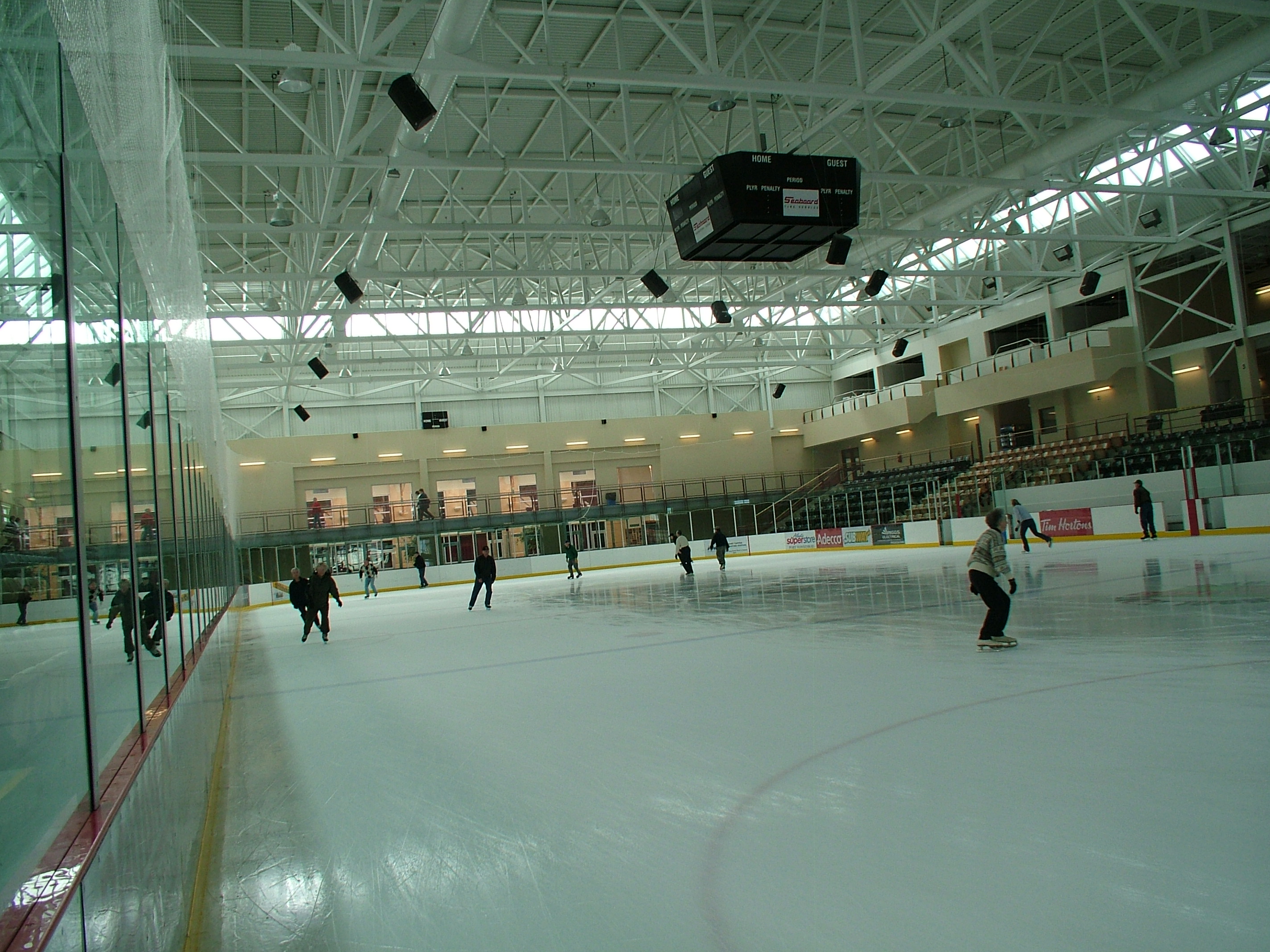 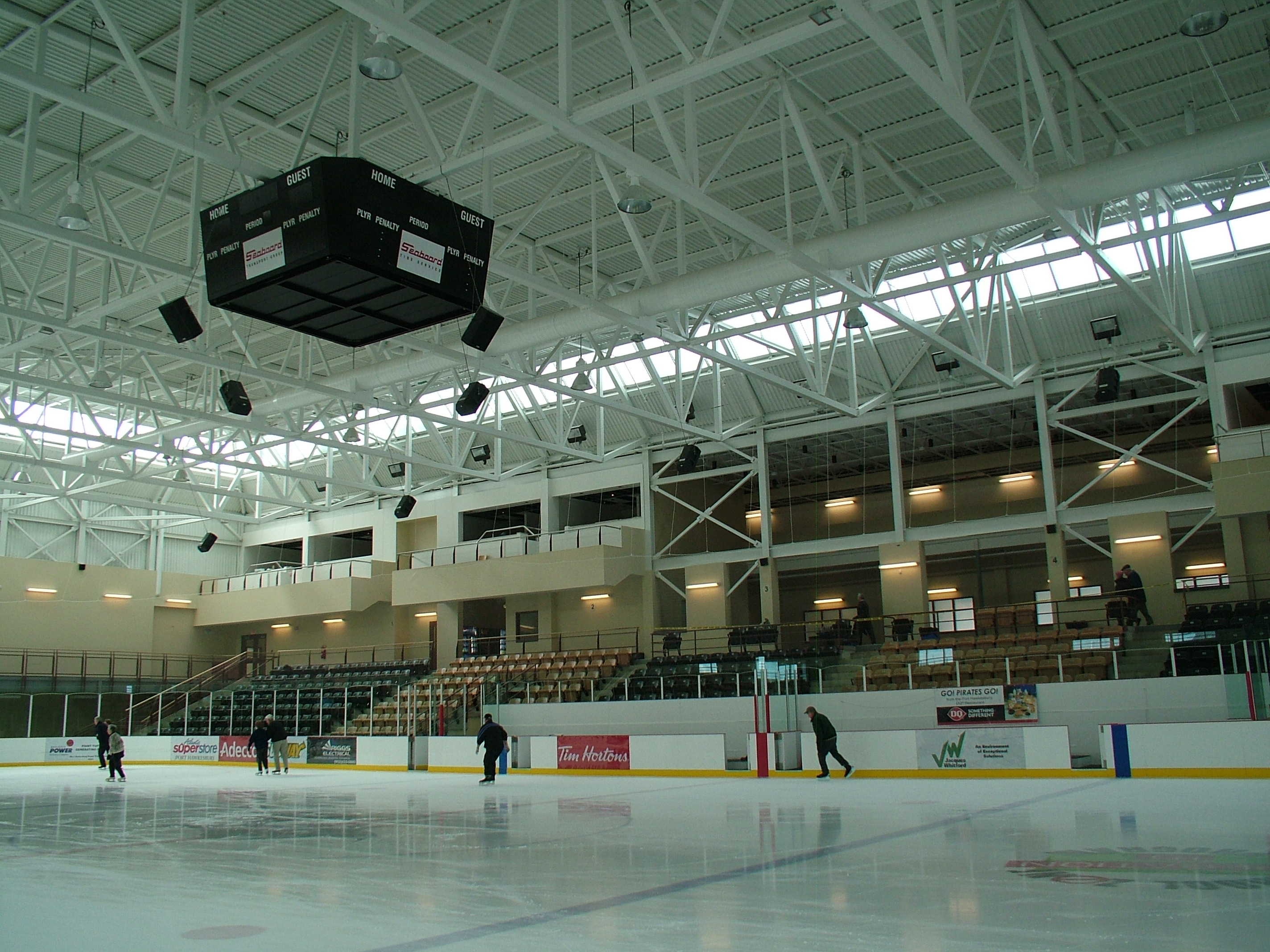 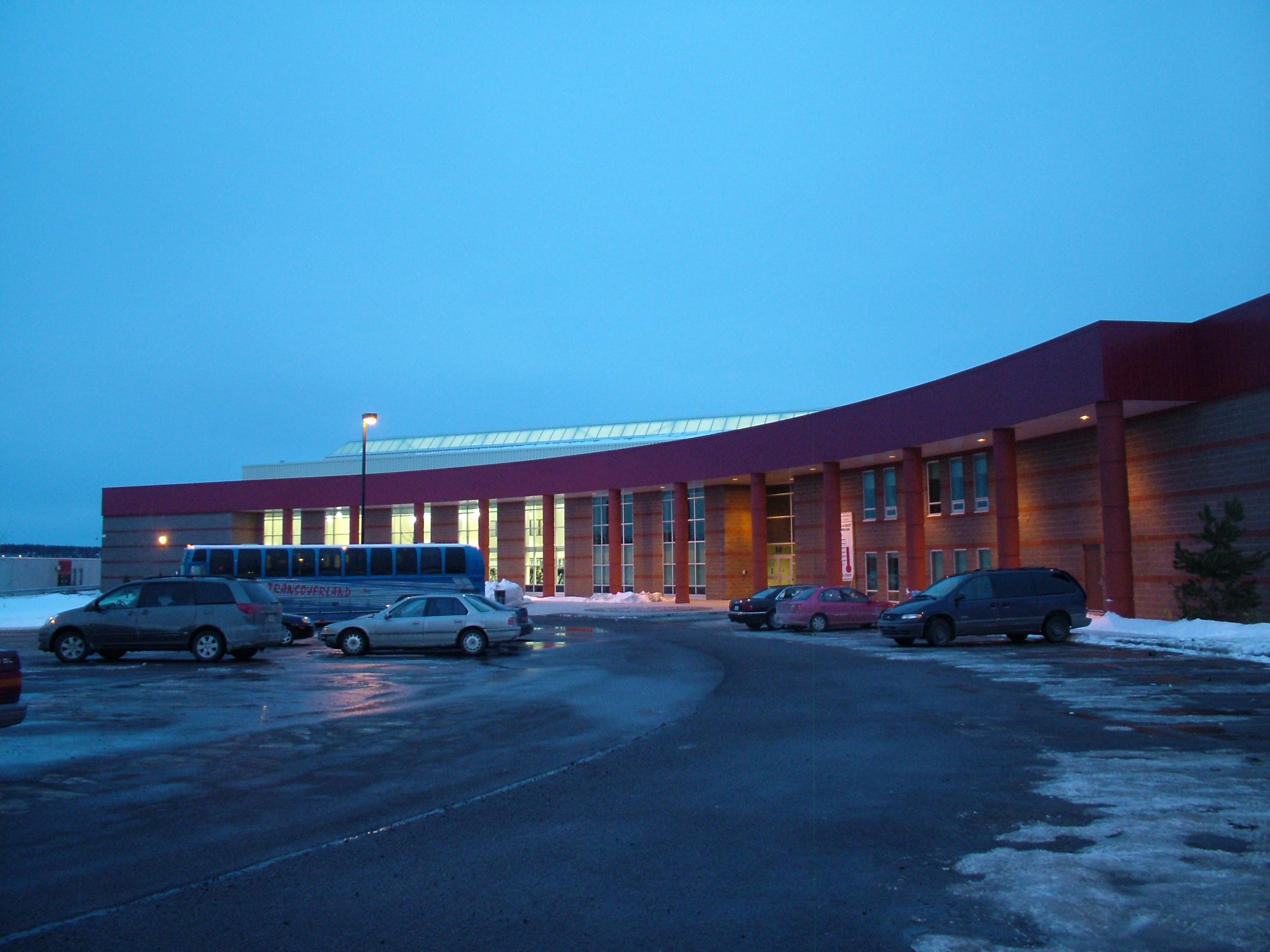 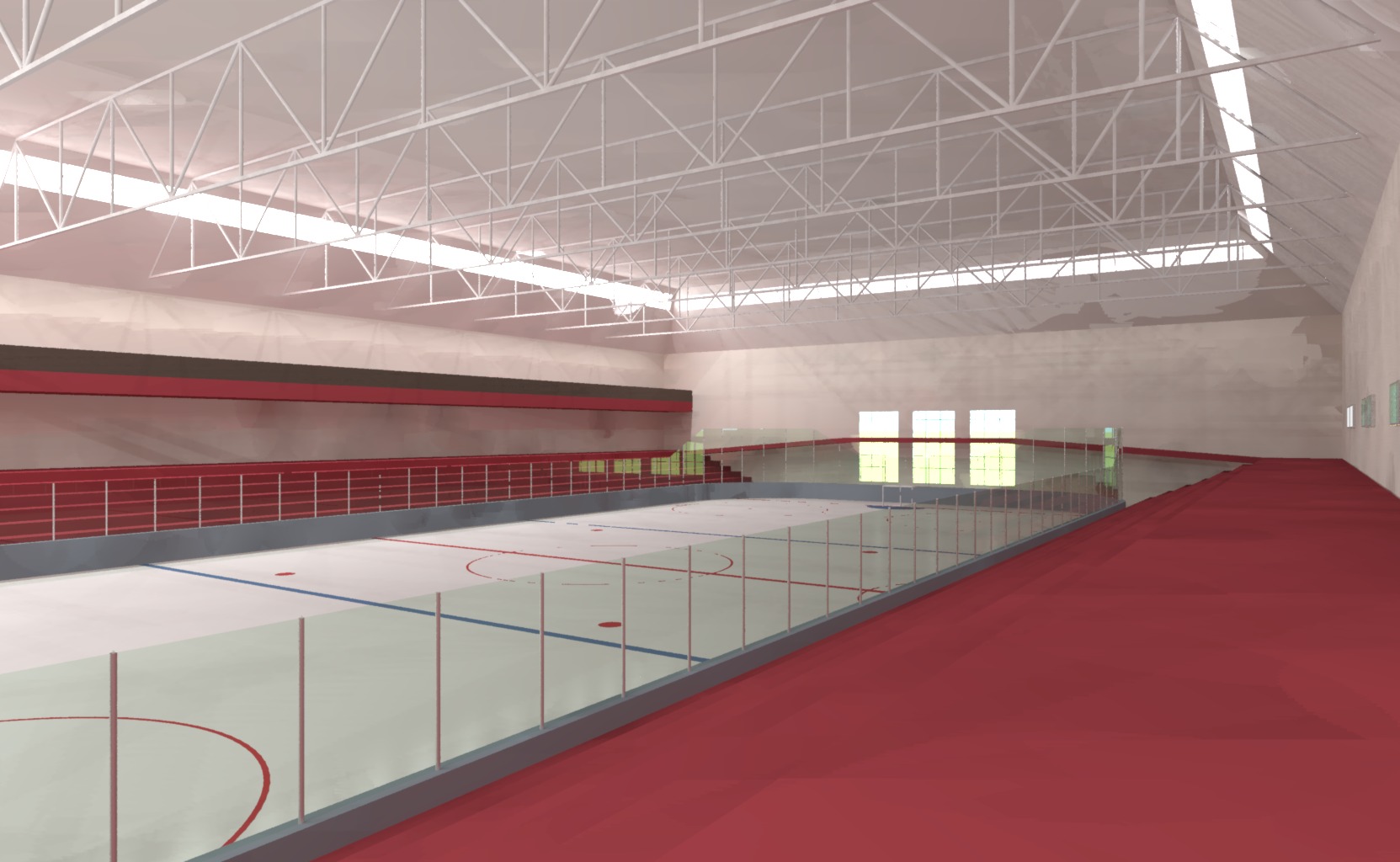 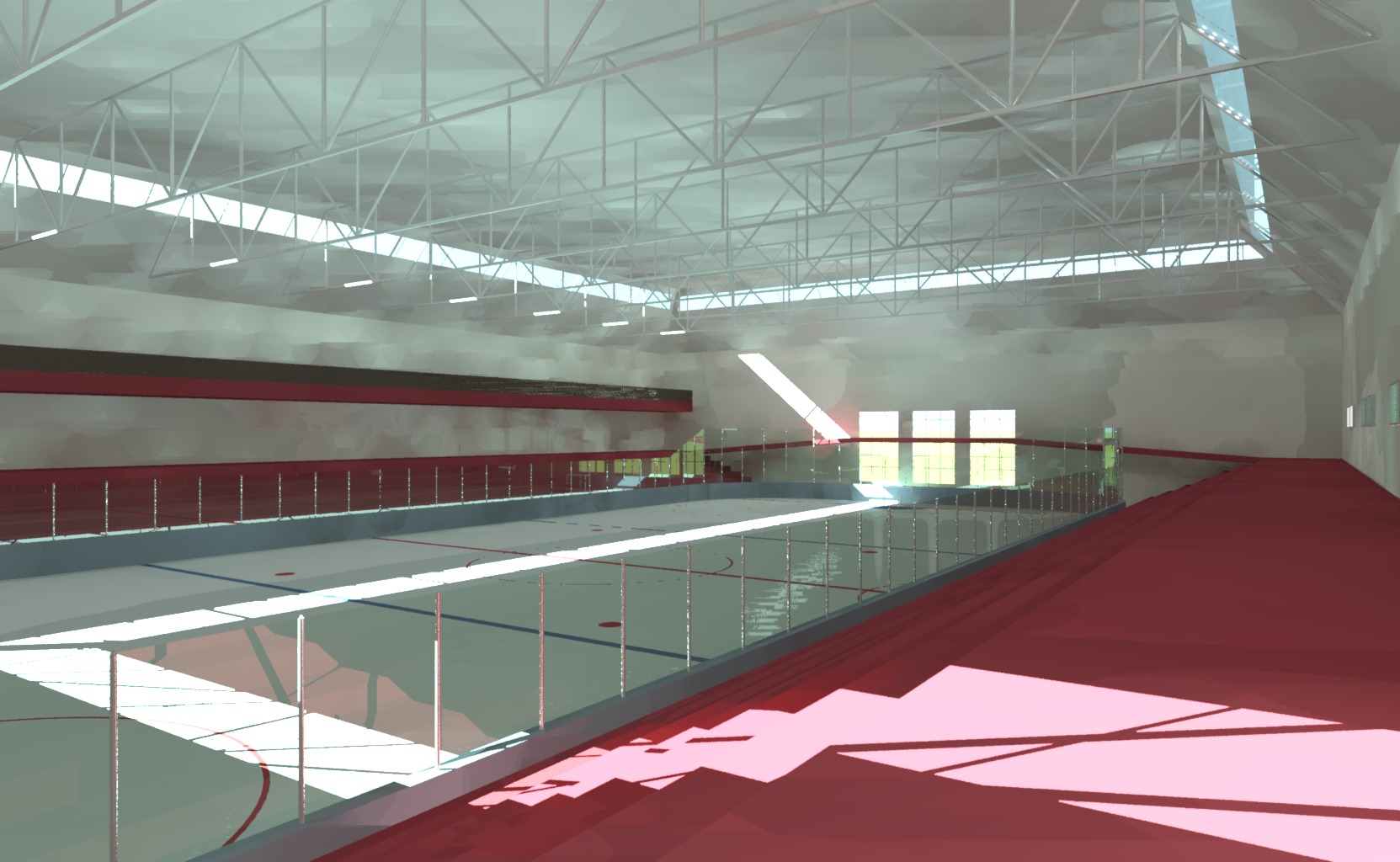 A Radiance simulation shows the penetration of daylight into the interior of the rink at 11am in March with only vision glass for glazing.

Installing Solera® in place of the vision glass units dramatically cuts back glare, converting it to soft, well-distributed diffuse daylight.