Mid-west schools take their athletics seriously. Kirkwood Community College is no exception, with their varsity basketball and volleyball teams winning four national titles over the past decade.

In planning a new recreation center to serve both the college and the local community, it was clear that its design would need to please a demanding group of users. The architects at Neumann Monson in Iowa City eagerly took up the challenge.

The main campus of this progressive college is situated on the southwest edge of Cedar Rapids, Iowa. Founded in 1966, the college has grown substantially. Its 1,400 faculty and staff serve nearly 15,000 students each year. As the college entered the new millennium, it struggled to meet the recreation and wellness needs of its employees, students and local community. A new multi-purpose facility was approved by the college trustees. The 43,500 sq.ft. recreation center would feature three basketball courts, a weight training area, an aerobics area and a full-size indoor track. The former recreational facility was dark and underused and the project architect, Dave Zahradnik of Neumann Monson, was challenged with finding a design that would “make people want to be there. We envisioned a facility that felt light, airy and as pleasant as possible”.

An emphasis on natural lighting was one obvious choice for creating the kind of space that both the client and Zahradnik sought to create. The architect had past experience with translucent glazings and understood their value in creating bright, comfortable environments without the nuisance of glare. However, he was concerned with the discoloration and fading problems associated with plastic translucent products. Zahradnik finally identified Solera as the ideal solution.

In addition to completely removing glare from the basketball courts, Solera would diffuse the incoming daylight so that it would work with light-colored walls to daylight the space, avoiding the need for overhead lights on all but the most darkly clouded days. The team integrated photometric lighting controls to work with the translucent glazing to take full advantage of the potential electric light savings.

Being glass, Solera® would also deliver an architectural lifespan without discoloration. It would also integrate seamlessly with vision glass and spandrel elements using almost any commercially available glazing system. The U-value of 0.20 was particularly beneficial in a climate that goes from 30 below in the winter up to 100 degrees in the summer. With this kind of insulating performance, Zahradnik and his team at Neumann Monson were no longer faced with the dilemma of having to trade off between the positive energy savings achieved by reduced lighting costs, and the increased heating and cooling costs associated with traditional glazing. Minimal operating costs were project critical, as the facility was not intended to generate revenue.

The results of Neumann Monson’s work speak for themselves. In the summer time, the electric lights don’t have to be turned on until after 7:00 pm. The savings in electricity from reduced lighting usage is estimated at over $1800/year. The inclusion of Solera in the building clerestory resulted in an estimated savings of over $500/year in heating and cooling costs vs. low-e insulated glass.

The big payoff was in the center’s usage. Since its commissioning in August, 2004, usage rates by students have increased by more than ten-fold. Josh Troutman, Kirkwood’s Recreation and Housing Services Director, says that the students really enjoy playing under the natural light. Troutman says that “the basketball players love it. Even on cloudy days, there’s enough natural light to play, and there’s no problems with shadows.” 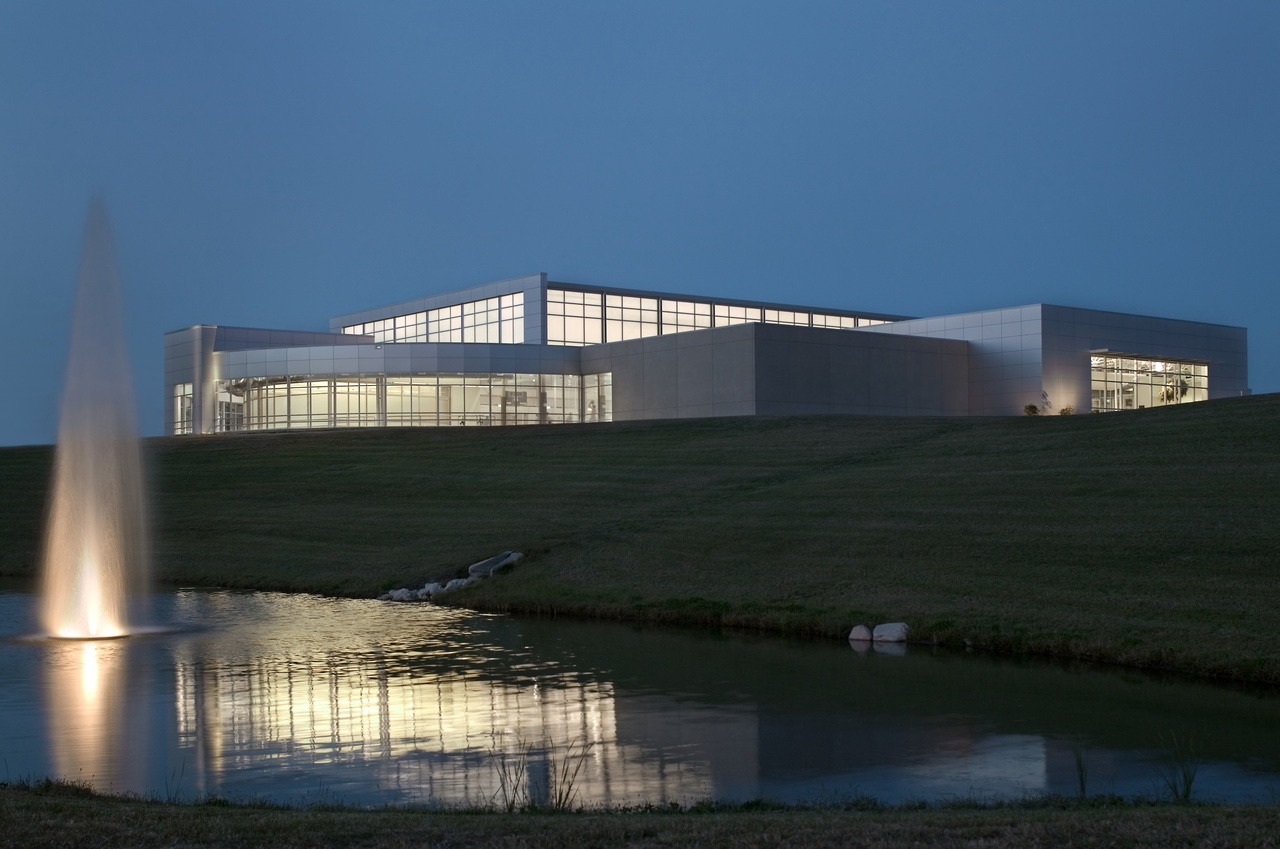 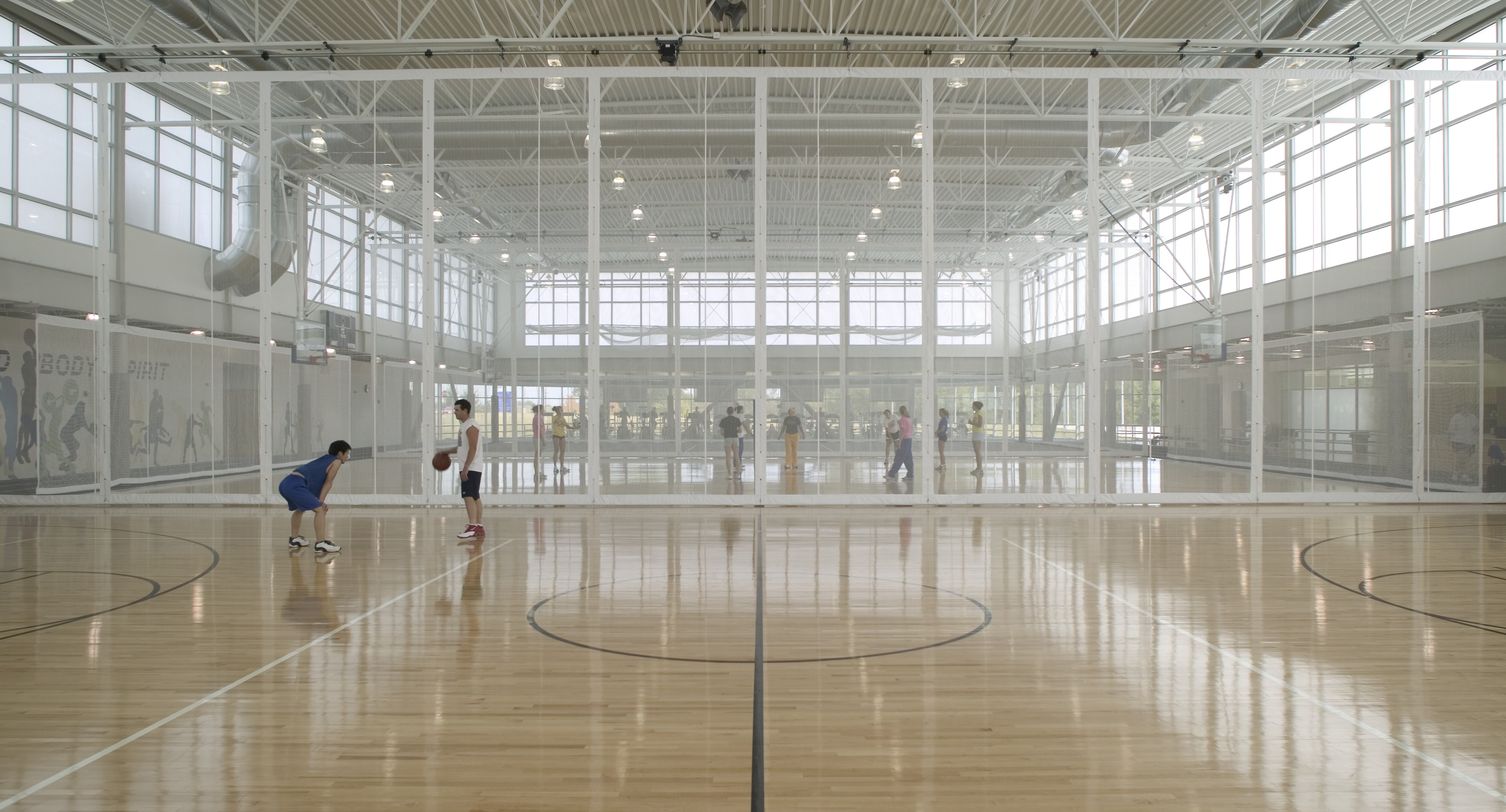 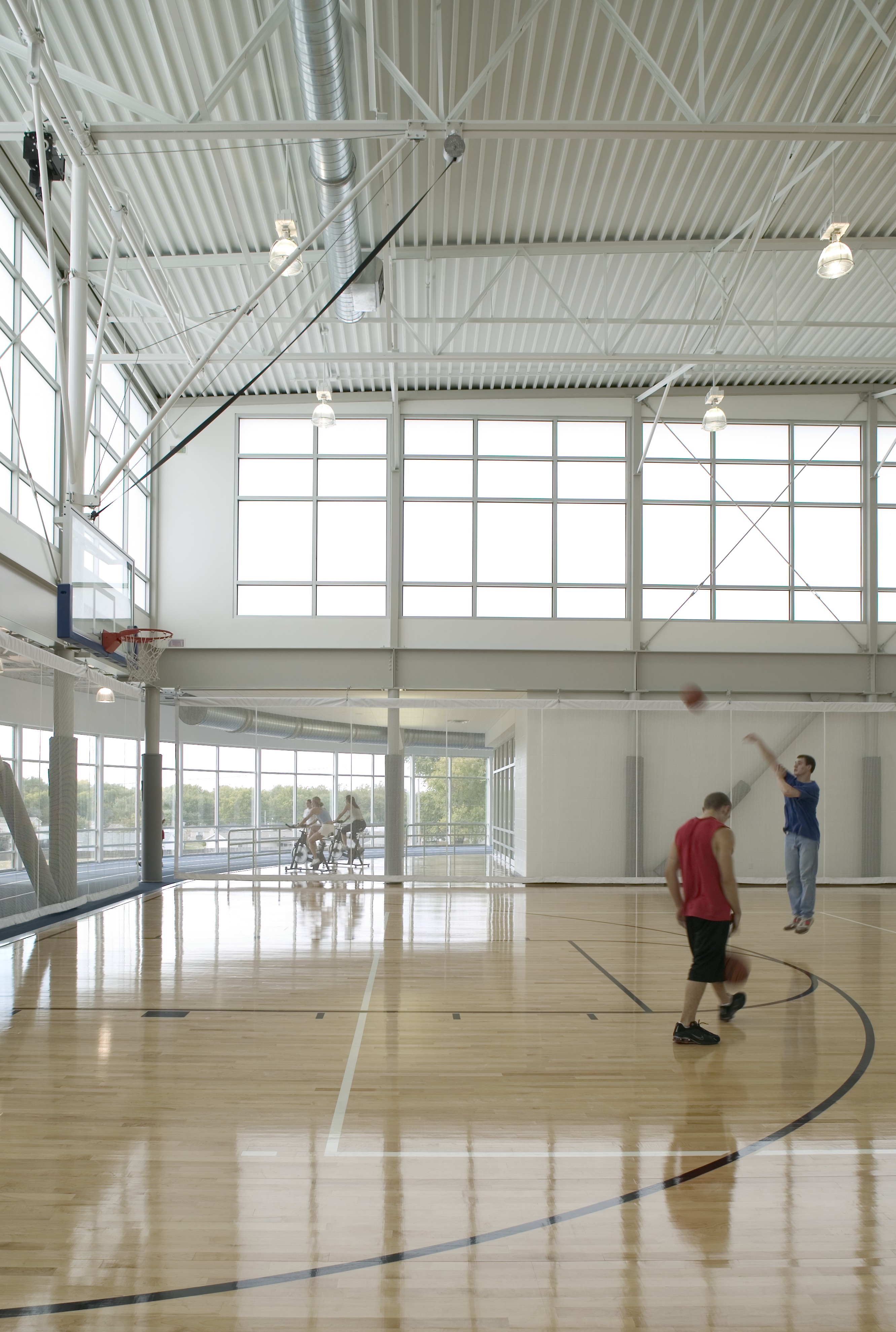 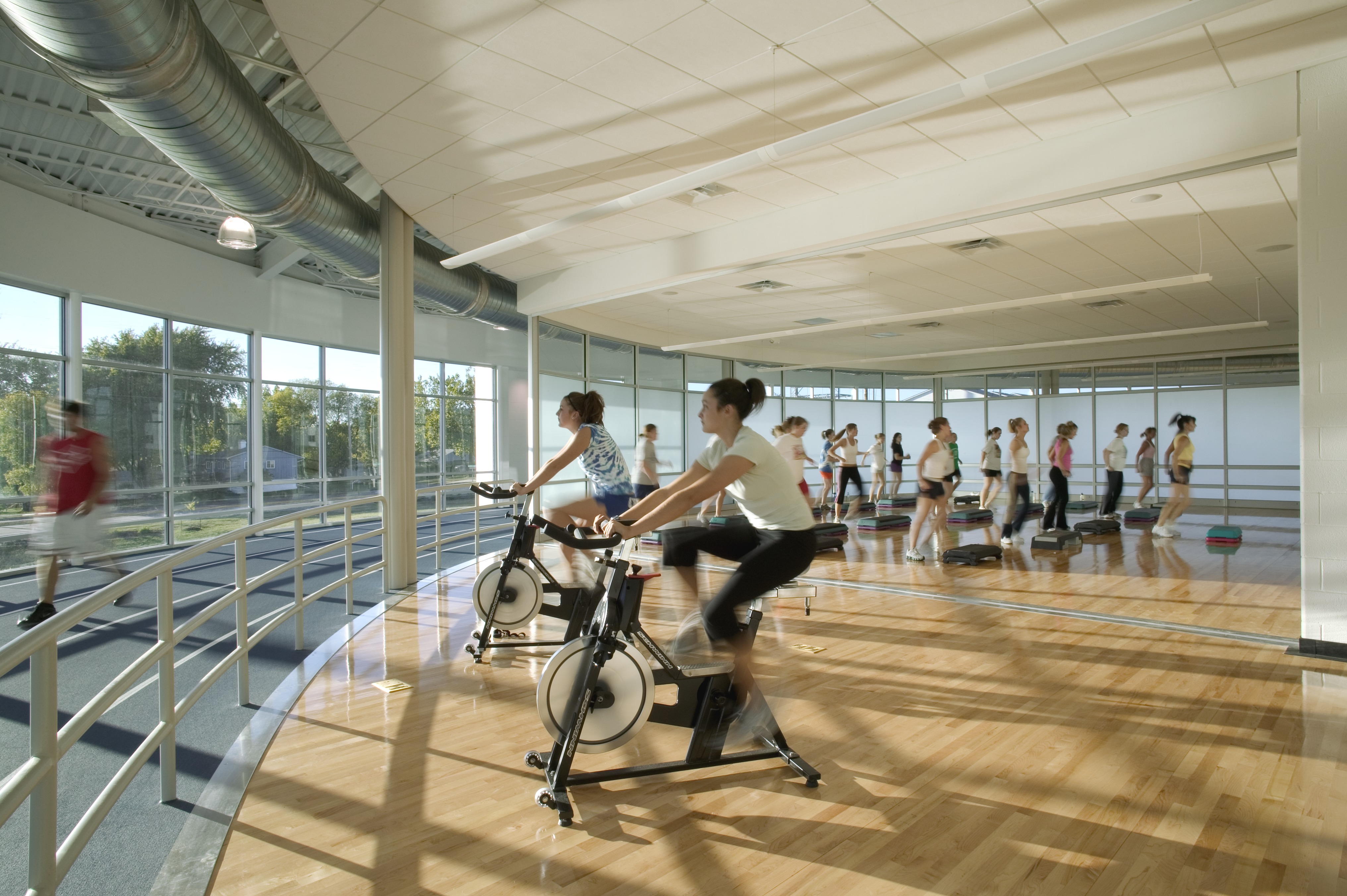 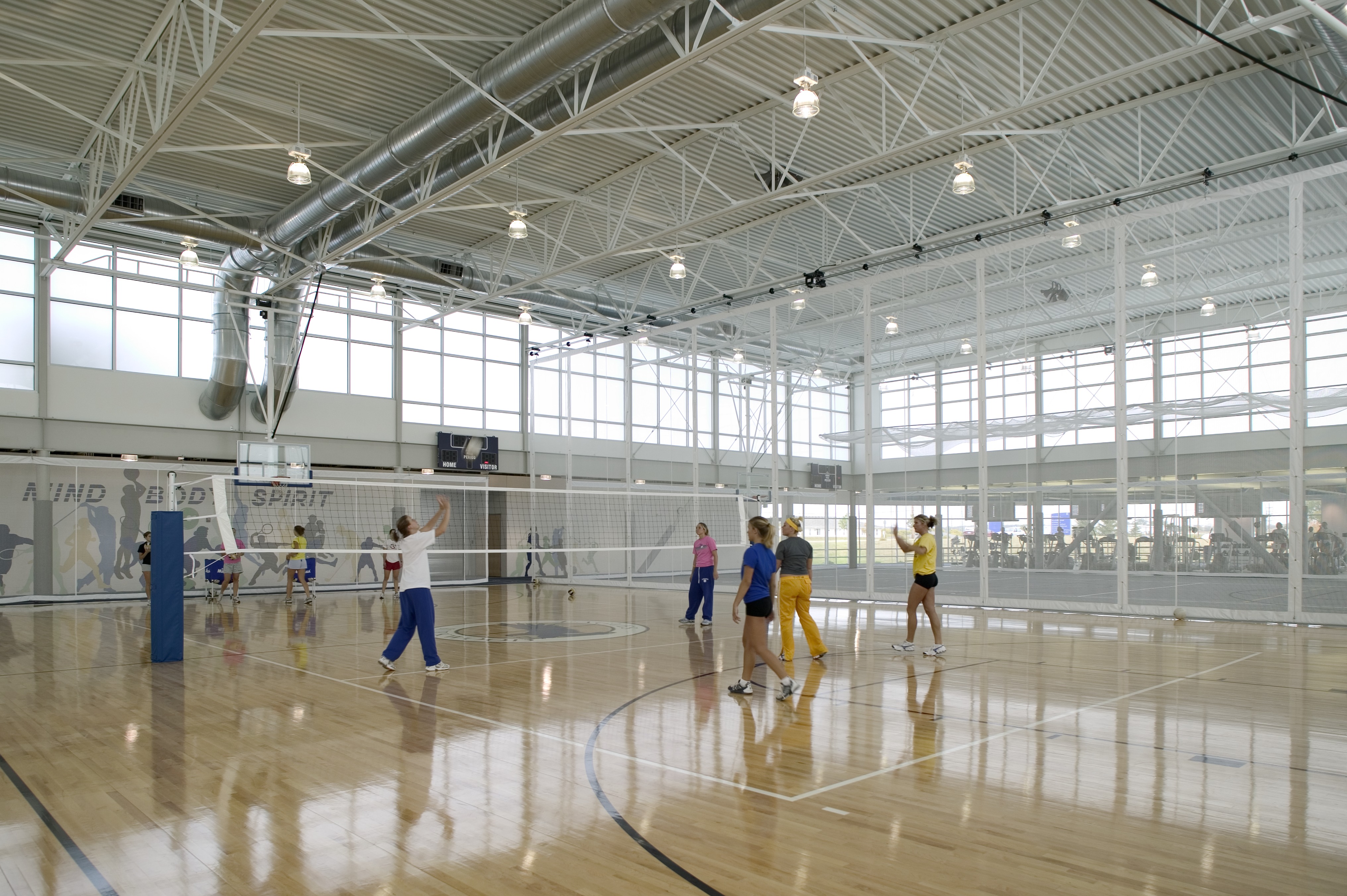 A Radiance simulation shows poor penetration of daylight into interior at 3pm in January when vision glass is specified.